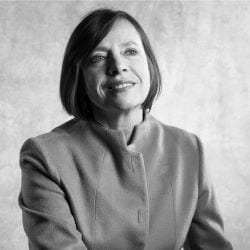 Dyan Elliott is the Peter B. Ritzma Professor in the Humanities at the Department of History, Northwestern University. She is a medieval historian who has spent her career analyzing church history through the shifting lenses of gender, sexuality, spirituality, and the ongoing tensions between orthodoxy and religious dissent. Her publications include Spiritual Marriage: Sexual Abstinence in Medieval Wedlock (1992); Fallen Bodies: Pollution, Sexuality, and Demonology in the Middle Ages (1999); Proving Woman: Female Mysticism and Inquisitional Practice in Late Medieval Europe (2004; winner of the Otto Gründler Award for outstanding contribution to medieval studies); The Bride of Christ Goes to Hell: Metaphor and Embodiment in the Lives of Pious Women, 200-1500 (2012); and The Corrupter of Boys: Sodomy, Scandal, and the Medieval Clergy (forthcoming, Fall 2020). Elliott's sensitivity to the ways in which the distant past speaks to present concerns is especially apparent in The Corrupter of Boys, which explores how the medieval church's scandal averse policies paved the way for the modern church's sexual abuse crisis. Elliott's scholarly interests are also reflected in other media: a historical novel entitled A Hole in the Heavens (2017) and a distinctly depressing brand of songwriting. Photo Credit: Thea Volk