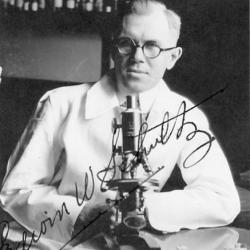 Schultz, Edwin William: Appointed for a study of the nature of the bacteriophage, in consultation with European authorities; tenure, ten months from December 1, 1925.