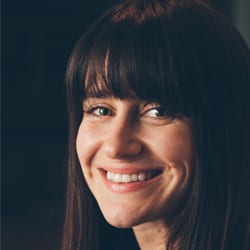 Elaine McMillion Sheldon is an Academy Award-nominated, and Emmy and Peabody-winning documentary filmmaker based in Appalachia. She is the director of the Netflix Original Documentaries - "Heroin(e)" and "Recovery Boys"- that document America's opioid crisis. "Heroin(e)" was nominated for a 2018 Academy Award and won the 2018 Emmy Award. Her interactive documentary "Hollow" explores the future of post-industrial America and received a 2013 Peabody Award, 2014 Emmy nomination, and 3rd Prize in the World Press Photo Multimedia Awards. McMillion Sheldon was named a 2018 USA Fellow by United States Artists, one of the "25 New Faces of Independent Film" by Filmmaker Magazine. Chicken & Egg Pictures awarded her with the inaugural "Breakthrough Filmmaker" award. In May 2020, she will release "Tutwiler," a short film in collaboration with The Marshall Project and PBS Frontline, that raises questions about how our nation is handling the growing crisis of incarcerated pregnant women. She is currently in-production on a feature documentary that interweaves a lyrical essay with documentary vignettes to reveal how coal is imbued in the identity of Appalachians. In the Fall of 2020, McMillion Sheldon will join faculty as an Assistant Professor at the University of Tennessee's School of Art. Photo Credit: Curren James Sheldon