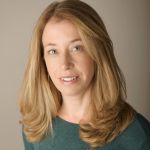 With work described as “sumptuously scored and full of soaring melodies” (New York Times), and “unspeakably gorgeous” (Gramophone), American composer Elena Ruehr is known for her lyrical and rhythmically vibrant music.  Her music has an organic, breathing flow, derived from its origin in the movement of the body and the vitality of the natural world; her melodies often incorporate details and figurations of improvised performance, sometimes with exotic touches.  Ruehr says of her music “the idea is that the surface be simple, the structure complex.”

An award-winning faculty member at MIT since 1992, she has also been a fellow at Harvard’s Radcliffe Institute, and was the first composer-in-residence with the Boston Modern Orchestra Project (BMOP) from 2000 to 2005, where the orchestra premiered her pieces Shimmer, Sky Above Clouds, and Ladder to the Moon, as well as her acclaimed opera Toussaint Before the Spirits in collaboration with Opera Boston (Arsis Records, 2005).  Ruehr’s complete orchestral works, recorded this season with BMOP and featuring her first cello concerto, Cloud Atlas, will be released in 2014.

In addition to her work with BMOP, her recordings include Averno (Avie Records, Trinity Choir, 2012), How She Danced: String Quartets of Elena Ruehr (Cypress String Quartet, 2010), and Jane Wang considers the dragonfly (Albany, various artists, 2009).  Ruehr’s pieces are often inspired or suggested by work from other artistic spheres, and she is known for her collaborations with the writers Louise Glück, Elizabeth Alexander, Margaret Atwood, Ann Patchett, and Adrienne Rich, among others.

Current projects include a new chamber work, it’s about time, for San Francisco Contemporary Music Players; Eve, a work for chorus and orchestra for Cantata Singers; and the opera Cassandra in the Temples, written in collaboration with librettist Gretchen Henderson for the Grammy-winning, eight-voice singing ensemble Roomful of Teeth—all set to premiere in November 2014.

Elena Ruehr lives in Boston with her husband and daughter.

During the period of my Guggenheim Fellowship, I will compose and produce an opera, Cassandra in the Temples, for the Grammy-winning, eight-voice ensemble Roomful of Teeth.  I will be collaborating with librettist Gretchen Henderson to develop the narrative of the opera and to delve into the themes of the myths surrounding the Greek heroine Cassandra.  Creating a work that features only the human voice, I am intrigued with focusing on the essence of performance.  I have already explored this idea in my opera Toussaint Before the Spirits, which used limited staging and props, and featured singers and dancers as the main element of visual interest.

The Cassandra myth has interested me for many years.  It now seems particularly timely to explore the idea of a person or group of people who predict disaster, as we are inundated with apocalyptic visions of the future in contemporary culture. Many themes arise: What does it mean to predict disaster?  Who believes the prophets?  Who does not?  Do the prophets create hysteria or try to prevent it?  Are the prophets deluded or visionary?  What happens to the prophets when they are rejected?  These are the ideas that we will explore through a thirteen-movement, forty-minute production.

As an artist, I have always been interested in two seemingly diverse performance aesthetics—world music and the classical voice.  Although I’ve worked towards melding aspects of these interests in the voice-like writing of my string quartets, the practical nature of creating choral and vocal music for strictly classically trained singers has been limiting. Roomful of Teeth’s specialization in world vocal techniques will provide a once-in-a-lifetime opportunity to expand my creative vision through an opera that studies the exigency of prophecy in today’s global society.

Follow this link for more samples of Elena Ruehr’s work