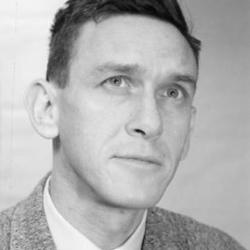 I received my B.S. degree from the University of California at Davis in 1940, having majored in pomology (fruit tree culture). I went on for my M.S. degree, which I obtained in 1941. That gave me a taste for research. I therefore transferred to the Berkeley campus of the university and began a Ph.D. program in plant physiology in the famous Division of Plant Nutrition headed by Dennis R. Hoagland. My studies were interrupted by service in the army and completed in 1950. My major professor was Perry R. Stout, a pioneer in the then novel application of radioisotopes of physiologically important elements to the study of the mineral nutrition of plants. My research dealt with the absorption of the micronutrients iron, manganese, zinc, and copper by tomato plants. I used the radioisotopes iron-55 and iron-59, manganese-52, and zinc-65 as tracers. At the end of my Ph.D. research I was offered, and took, a position in a newly organized unit at the main research installation of the U.S. Department of Agriculture in Beltsville, Maryland. This unit was charged with utilizing radioisotopes for research in plant nutrition; I imagine that I was one of a mere handful of young researchers who were qualified at that time.

Eight years later, in 1958, I simultaneously received a Guggenheim Fellowship and an offer for a position in the Department of Soils and Plant Nutrition at my old Alma Mater, the University of California at Davis. The university agreed to let me spend time on my Guggenheim Fellowship at the California Institute of Technology in Pasadena, California, in the laboratory of James Bonner, after which I assumed my responsibilities of teaching and doing research at Davis, where I have stayed ever since.

My main research accomplishments are three, all of them achieved through collaboration with graduate students, colleagues, postdoctoral researchers, visiting scientists, and hosts at institutions where I spent sabbaticals. First, I showed that ions of such mineral nutrient elements as potassium, chloride, and others are absorbed by plant roots through cell membrane agents (carriers or transporters) operating through a process akin to enzymatic catalysis, and that for a given element, there are two classes of such transporters that differ in their affinities for the element and other features. Second, I worked on the development, through genetic means, of crop plants (wheat, barley, tomato) capable of tolerating saline conditions, which are prevalent in many areas of California and elsewhere, and in general, on a genetic approach for developing stress-tolerant crops. Third, I did research on the significance of an element considered of no importance by the great majority of plant biologists: silicon. That conventional wisdom notwithstanding, silicon is often highly effective in protecting plants against environmental onslaughts such as diseases, pests, metal toxicities, and many more. My publications span the years 1942-2009.

I have done my share of the usual obligations: service on committees, editorial boards, organizing committees, as keynote speaker at conferences, and the like.