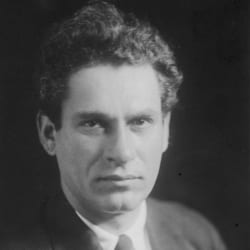 Author of Adam Solitaire produced by the Provincetown Players, 1925; Earth produced by the New Playwrights Theatre, 1926, and The Centuries (under direction of the author), 1927. Short plays, The Bitter Fantasy, The Star, and Soil, produced by Stage Repertory, Philadelphia, 1925.