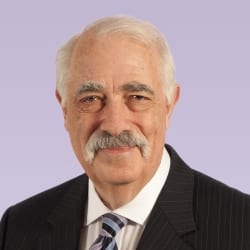 Eric Block is the Carla Rizzo Delray Distinguished Professor of Chemistry at the University at Albany, State University of New York. Professor Block received his B.S. from Queens College of the City University of New York in 1962, and his M.S. and Ph.D. from Harvard University in 1964 and 1967, respectively. After a postdoctoral fellowship with E. J. Corey (also Block’s Ph.D. mentor) at Harvard, Block joined the University of Missouri, St. Louis, where he was promoted to full professor at age 37. In 1981 he moved to the University at Albany, where he served as Chair of Chemistry from 1985 to1991, was promoted in 2002 to Distinguished Professor, and in 2006 to Carla Rizzo Delray Professor. Block has published more than 240 papers, authored or edited four books, and holds ten patents. Block is a world authority on the organic chemistry of sulfur and selenium, and particularly “Allium chemistry,” the chemistry of genus Allium plants, such as garlic and onions. The New York Times called Block’s 2009 454-page book Garlic and Other Alliums: The Lore and the Science (published by the Royal Society of Chemistry) “the definitive word on the alliums.” This book covers an enormous array of topics from the history and uses of alliums, to their biochemistry, medicinal and agricultural uses, and their role in the arts and literature. A Chinese edition of the book is currently in preparation. Block’s research in the above areas was supported by his Guggenheim Fellowship.

Block’s wide-ranging interests and contributions include areas of bio-organic chemistry, the organic chemistry of sulfur, selenium, tellurium, silicon, and tin, photochemistry, heteroatom and heterocyclic chemistry, and most recently, the molecular basis for olfaction. Block’s publications in this latter area in Nature and PNAS demonstrate the unique role of copper in olfaction. Block has explored the fundamental and surprising chemistry of a variety of unusual organosulfur compounds, including thiosulfinates, thiosulfonates, sulfenic acids, bis-sulfines, vinyl dithiins, ajoene, and zwiebelanes. His work with these and other heteroatom-containing compounds is characterized by the elegant use and development of a myriad of analytical techniques that circumvent the use of the harsh analysis conditions that prevented significant progress in earlier attempts to study this important chemistry.

Professor Block has received several awards recognizing his contributions to chemistry. In 1987, he received the ACS Award for Advancement and Application of Agricultural and Food Chemistry and in 1993, he was made a Fellow of the ACS Division of Agricultural and Food Chemistry. In 1994, he received the International Council on Main Group Chemistry Award for Excellence in Main Group Chemistry Research. In 2003, he received the Kenneth A. Spencer Award from the Kansas City Section of the American Chemical Society. In 2012 Block was named recipient of the Sterling B. Hendricks Memorial Lectureship Award of the U.S. Department of Agriculture and made a fellow of the American Association for the Advancement of Science. In 2014 Block was made a fellow of the American Chemical Society and in 2016 was named recipient of the ACS Ernest Guenther Award for the Chemistry of Natural Products. Block has been a Visiting Professor at Harvard, and the universities of Illinois-Urbana, Frankfurt, and Bologna. In 2000, he was appointed Michael Visiting Professor at the Weizmann Institute in Israel, and in 2006, a Visiting Fellow at Wolfson College of Cambridge University. In 2013, Block was awarded a Chinese Academy of Sciences Visiting Professorship for Senior International Scientists, which he spent at Shanghai Jiaotong University School of Medicine and the Shanghai Institute of Organic Chemistry. Block has been an Editorial Board Member of the Journal of Agricultural and Food Chemistry since 1994, as well as a member of the editorial boards of Natural Products Research, Current Bioactive Compounds, Heteroatom Chemistry, and Phosphorus, Sulfur, Silicon and The Related Elements. He has been on the International Advisory Committees for the International Conference on Heteroatom Chemistry (ICHAC) since its inception in 1987, chairing ICHAC-2 in Albany in 1989.