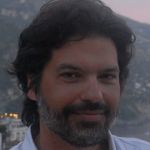 Gastón Gordillo is Associate Professor in the Department of Anthropology at the University of British Columbia. His research has examined the contradictory nature of places, the salience of space in social memory and political struggles, the subjectivities constituted by experiences of domination and estrangement, and the rise of emergent indigeneities among subaltern populations. His fieldwork has been based in the Gran Chaco and the tropical foothills of the Andes in northern Argentina, among indigenous people (Toba and Guaraní) and criollos (settlers of mestizo background). Professor Gordillo received his Licenciatura (BA) from the University of Buenos Aires (1990) and his Ph.D. from the University of Toronto (1999). He has also taught at Cornell and has been a visiting scholar at Harvard and Yale.

With the support of the Guggenheim Fellowship, he will complete a book manuscript entitled Sediments of History: Ruins of Modernity in Savage Geographies (Duke UP, forthcoming). This book is a conceptual, ethnographic, and historical analysis of the destruction of space, the sedimentation of historical processes of confrontation in the physical texture of contemporary landscapes, and the ways in which people evoke the past, and act upon the present, by drawing upon spatial traces from prior eras. Aiming to rethink the concept of “ruins” as a nodal trope of modernity by grounding places in ruins amid wider, living geographies, the narrative examines the palimpsest of vestiges produced by colonial violence, missionization, and capitalist and state expansion at the foot of the Andes in northern Argentina. The book explores how these sites evoke among local actors competing views of the past and different spatial sensibilities, which revolve around the violence once unleashed upon indigenous groups and the failure of modernizing projects to deliver on their promise of progress in a region long seen as the epitome of savagery.