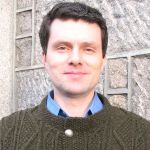 Gauvin Alexander Bailey’s research concentrates on Renaissance and Baroque art and its global diffusion in Europe, Latin America, and colonial Asia, with a focus on the arts patronage of the Jesuits. After receiving his Ph.D. in Fine Art History from Harvard University (1996) he has taught at Clark University, Boston College, and the University of Aberdeen. Bailey has written six books, co-authored or co-edited six more, and published over fifty peer-reviewed articles on Italian and global late Renaissance and Baroque art, including Art on the Jesuit Missions in Asia and Latin America (University of Toronto Press, 1999), Between Renaissance and Baroque: Jesuit Art in Rome, 1565-1610 (University of Toronto Press, 2003), and Art of Colonial Latin America (Phaidon Press Limited, 2005). Two new books will appear in late 2010 or early 2011: The Andean Hybrid Baroque: Convergent Cultures in the Churches of Colonial Peru (University of Notre Dame Press) and Baroque & Rococo (Phaidon). Bailey has been curator, co-curator, and consultant on exhibitions on Italian Renaissance and Baroque, Latin American, and Asian art at the Smithsonian Institution in Washington, the Philadelphia Museum, the Gulbenkian Museum in Lisbon, the Musée des Beaux-Arts de Caen, the Museu de Arte Antiga in Lisbon, and the Worcester Art Museum, among others. He has received fellowships from Villa I Tatti (the Harvard University Center for Italian Renaissance Studies in Florence), the American Academy in Rome (regretfully declined), the American Philosophical Society, the British Academy, and the National Endowment for the Humanities.

The project Bailey will undertake during his Guggenheim Fellowship, entitled Rococo and Spirituality in Europe and South America, is an investigation of the interaction of Rococo architecture and décor with spirituality. It will begin by disputing the widely held view that the Rococo was merely a style of frivolity and secularism by focusing on a little-known series of eighteenth-century French and Iberian sermons and religious manuals (several of Jesuit origin) that linked the idea of the honnête homme, polite conversation, and specifically the social life of the salon to mystical happiness and a more worldly Christianity. The project begins in France with the impact of theological tracts and sermons on the social, artistic, and architectural environment of the Louis XV era, then moves to Catholic central Europe, Northern Italy, and Iberia, where this spirituality of happiness manifested itself most clearly in an ecclesiastical setting. The second half of the book focuses on Latin America. The spiritual Rococo crossed the Atlantic in the early eighteenth century with Germanic and Italian architects and craftsmen—primarily Jesuits—who introduced the style to church interiors in towns and missions alike, primarily in present-day Argentina, Paraguay, and Chile. One of the purposes of this book is to dispute the commonly held notion that the eighteenth century in Latin America was dominated by Iberian Baroque, and to acknowledge the substantial contribution made by these Central European and Italian artists and architects.