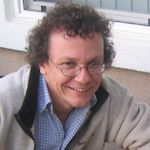 Mr. Striedter has studied the behavior and neurobiology of many different animals, including electric fishes, parrots, and songbirds. Throughout this work, he has tried to comprehend not only the similarities between species, but also the differences. Both can be understood in terms of evolutionary theory: Similarities are either inherited from common ancestors or produced by Darwinian selection operating in similar contexts, and differences are either due to chance or to Darwinian selection operating in divergent contexts. Although similarities and differences are both amenable to evolutionary analysis, comparative neurobiologists have traditionally emphasized the similarities in brain organization and function over the differences. To the extent that differences in brain organization were discussed, they were generally treated in isolation of one another and, often, merely catalogued. To counteract this tendency, Mr. Striedter wrote a book entitled Principles of Brain Evolution that delves deeply into the general rules or principles that govern many aspects of brain evolution. Most of this book was written during a year-long fellowship at the Institute of Advanced Study (Wissenschaftskolleg) in Berlin.

After the publication of his book in 2005, he began to study the developmental mechanisms that generate divergent adult brains. By comparing the growth of individual brain regions in embryos of diverse birds he and his students found that, during the course of evolution, songbirds and parrots enlarged their telencephalon--a brain region crucial for learning and memory--primarily by prolonging its growth. This extended growth causes a substantial delay in telencephalon maturation, which is not a problem for baby songbirds or parrots because they get fed by their parents. However, many other baby birds are not so lucky; they must feed themselves soon after hatching. Remarkably some of these “precocial” bird species, notably ducks and geese, also have a large telencephalon. Did they enlarge their telencephalon by means of a different developmental strategy? The data suggest “yes," for the telencephalon is enlarged in ducks and geese even at very early stages of embryonic development. Most likely, ducks and geese allocate more tissue to the telencephalon at early stages of development, when brain regions are specified. This strategy is adaptive if hatchling ducks and geese require a mature telencephalon to feed themselves and learn about their world. Overall, this work begins to clarify how evolution has shaped nervous system development to achieve functionally useful results.

During his Guggenheim fellowship, Georg Striedter will work on a new book provisionally titled Functional neurobiology: the human nervous system explored in light of the problems it helps us solve. In this book he aims to discuss not only how the nervous system works but also why it works as it does. Such “why questions” are rarely asked in neurobiology, and they are difficult to answer with rigor. However, ignoring them leaves myriad details of nervous system structure and function disconnected from one another and from the organism. Mr. Striedter hopes that his next book will help reveal some of these missing connections. By stressing evolutionary design principles, he plans to shine an evolutionary light on a domain that has rarely been touched by it, namely the human nervous system.