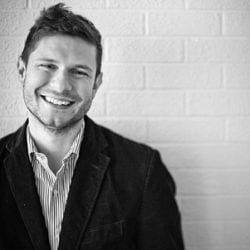 “The operations of the mind can serve our purpose of analysis only while they are moving, unresolved, still at the mercy of the moment.” Paul Valéry’s reflection on the challenge and potential of reading Leonardo da Vinci’s notebooks captures one of the ambitions of my research: to make visible the elusive motions of the early modern mind. I have a special interest in the unconscious transmission of ideas, the entanglement of thinking and feeling, the participation of literature in intellectual change, and the role of images and metaphors as footsteps of thought.

In my first book, The Lucretian Renaissance: Philology and the Afterlife of Tradition (University of Chicago Press, 2011), I argue that, long before the scientific revolution, the philosophy of atoms and the void took shape in the Renaissance mind as a story about reading and letters—a story that materialized in texts, in their physical recomposition, and in their scattering. I have recently completed a second book, Catastrophizing: Materialism and the Making of Disaster (University of Chicago Press, 2019), which explores the creation of imaginary disasters both as an instrument for thinking past the limits of sense perception and as a self-destructive, world-shattering compulsion. My inquiry here encompasses a wide range of materials—from the writings and drawings of Leonardo to the digressions of humanist readers of classical texts, from the cheap print of sixteenth-century astrologers to the literary works of Shakespeare and John Donne, from Robert Hooke’s reflections on microscopes and earthquakes to the “before and after” images of the Lisbon earthquake and Kant’s philosophy.

My Guggenheim project, “God is in the Detail,” follows the concept of scale in early modernity as it moves between the realm of empirical observation and the intuitive realm of sense—from the seemingly tangible evidence of cosmic order to the unconscious feeling that much resides in little. After exploring a variety of literary and philosophical cases—for example, ancient arguments about cosmic order, Hamlet’s “bad dreams,” and the discovery of calculus—this project seeks to understand how our own contemporary patterns of thinking about scale bear the imprint of largely forgotten theological and philosophical controversy.