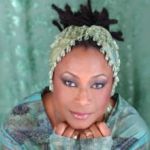 Born in 1957 in Pontiac, Michigan, Geri Allen was reared in Detroit, the home of Motown and such jazzmen extraordinaire as Thad, Elvin, and Hank Jones, Barry Harris, and more recently Ron Carter, Yusef Lateef, and James Carter.  Encouraged by her parents, Ms. Allen began studying piano at the age of seven, attended the acclaimed magnet school for music Cass Technical High School, and took advantage of one-on-one tutorials at the Jazz Development Workshop.  There she was guided by trumpeter Marcus Belgrave, drummer Roy Brooks, and saxophonist Donald Walden.  In Detroit she studied everything from classical music, to jazz, to Motown hits–even madrigals.

After receiving a B.A. in jazz studies and piano from Howard University and an M.A. in ethnomusicology from the University of Pittsburgh, Ms. Allen moved to New York in 1982 where she quickly established herself.  A charter member of the M-Base Collective and the Black Rock Coalition, she became known as a strong new presence on the New York jazz scene.  She was invited to perform and record with Charlie Haden, Paul Motian, Dewey Redman, Oliver Lake, and Betty Carter.  One of her most memorable collaborations was with Ornette Coleman, one of the indisputable inventors of free jazz.  In 1992, he invited her to record with him, only the second time he’d recorded with a pianist, the previous time being thirty-five years earlier.  The resulting sessions produced Sound Museum, a two-volume CD consisting of “Three Women” and “Hidden Man.”  She also performs and collaborates with her husband, jazz master Wallace Roney.

Her own recordings include Twenty One, Eyes. . . in the Back of Your Head, Maroons (all on the Blue Note label), The Gathering (Verve), and, most recently, the ambitious, critically acclaimed double CD Geri Allen: Timeless Portraits and Dreams (Telarc).  In his review of that CD, Tavis Smiley, the highly respected African American radio and television host and cultural commentator, raved that “Jazz pianist Geri Allen has take the freedom of Jazz and combined it with the cultural freedom movements that have paralleled the evolution of Jazz itself.”

Geri Allen has received numerous commissions, from, among others, Jazz at Lincoln Center (Sister Leola, 1989), the Music Theater Group (Short Takes, 1990), and Stanford University (Of Mounts and Mountains, 2003).  The Walt Whitman Arts Center, Meet the Composer, and the Dodge Foundation commissioned For the Healing of the Nations, a sacred jazz work composed as a tribute to the victims and survivors of 9/11, which premiered 10 September 2006.  The youngest person and only woman to date to receive the Danish JAZZPAR award (1996), she was asked to compose original music for the award celebration in Copenhagen.  The recorded performances were released the following year as Some Aspects of Water (Steeplechase).

Ms. Allen is the musical director of the Mary Lou Williams Collective, and she played the role of Ms. Williams in Robert Altman’s celebrated film Jazz 34, Kansas City.  She has also composed the score (with Bernice Reagon and Toshi Reagon) for Beah: A Black Woman Speaks, a Peabody Award-winning documentary produced by Lisa Gay Hamilton and Jonathan Demme, which aired on HBO during its Black History Month, and created original orchestrations for the Grammy-nominated American Song by Andy Bey.

During her twenty-five-year professional career, Ms. Allen has been honored more times than it is possible to list, both for her musical accomplishments and her outstanding work as an educator.  Spellman College presented her with its African American Classical Music Award, Howard University gave her a Distinguished Alumni Award, and SESAC has given her many awards as well.  The Detroit Metro Jazz Festival honored her with a “Geri Allen Day” and Harvard University declared a “Geri Allen Week” during which the mayor of Cambridge gave her the key to the city.

For her Guggenheim Fellowship project, Ms. Allen is composing an original solo piano work, celebrating three of the most important pianist composers/innovators in contemporary jazz: Cecil Taylor, McCoy Tyner, and Herbie Hancock.  The piece, entitled Refractions: Flying Toward the Sound, will be recorded on Montema Records; Ms. Allen will be performing this new piano work throughout the 2009 to 2011 concert seasons in major museums and concert settings in the United States and abroad.

Geri Allen is presently Associate Professor of Jazz and Contemporary Improvisation at the University of Michigan.