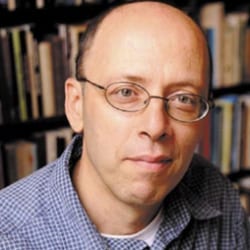 Gil Eyal is a Professor of Sociology at Columbia University. Eyal received his B.A. from Tel-Aviv University in 1989 and his PhD. from the UCLA in 1997. His research interests are in the sociology of expertise, intellectuals and knowledge, in particular as these relates to broader political processes and to the interface between scientific knowledge and democratic decision-making.

In two early books he has dealt with the transition from socialism to capitalism in Eastern Europe, and the role played by intellectuals, technocrats and in particular economists in the process. (With Ivan Szelenyi and Eleanor Townsley) Making Capitalism without Capitalists. (London: Verso, 1998); The Origins of Post-Communist Elites: From the Prague Spring to the Breakup of Czechoslovakia. (Minneapolis: University of Minnesota Press, 2003). A later book dealt with expertise about Arab affairs and the role it plays in Israeli society, government and the military: The Disenchantment of the Orient. (Stanford: Stanford University Press, 2006). His latest book provides a sociological explanation for the current autism epidemic, and traces the blurring of boundaries between experts and laypeople that play a role in the dynamics leading to the epidemic. (With Brendan Hart, Emine Onculer, Neta Oren and Natasha Rossi) The Autism Matrix: The Social Origins of the Autism Epidemic. (Cambridge: Polity Press, 2010). The approach applied in this book is developed further in a recent article: "For a Sociology of Expertise: The Social Origins of the Autism Epidemic,” AJS Vol. 118, No. 4 (January 2013), pp. 863-907; and informs an intervention in the debates about autism genetics: (with Dan Navon) “Looping Genomes: Diagnostic Change and the Genetic Makeup of the Autism Population.” AJS 121, 5 (March 2016): 1416–71.

Eyal has won several scholarly awards, including the Presidential Award for Outstanding Teaching at Columbia University (2013). He was a fellow at the Center for Advanced Study in the Behavioral Sciences, and was invited to the Institute for Advanced Study at Princeton (but declined).

While a Guggenheim Fellow, Eyal will work on a book about the sociology of expertise. The key argument will be that our current concern with “expertise” emerged against the background of increasing instability and doubt regarding the established professions, regulatory science and similar authorities. “Expertise,” thus, is not a thing, not a set of skills possessed by an individual or even a group, but a historically specific way in which we currently talk about the intersection, articulation and friction between science, medicine and technology on the one hand, and law and democratic politics on the other.