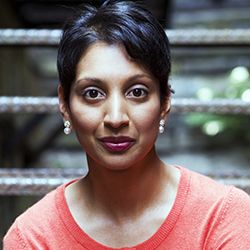 Gita Pullapilly was recently selected as one of Variety’s “10 Directors To Watch” for her narrative feature directorial debut, Beneath The Harvest Sky. The film had its world premiere at the Toronto International Film Festival, its US premiere at the Tribeca Film Festival, and was acquired by Tribeca Films for distribution in 2014. In 2013, Pullapilly won the “Euphoria Calvin Klein Spotlight on Women Filmmakers Live the Dream Grant” at the Gotham Awards.

In 2009, Pullapilly co-wrote and produced the national, Emmy-nominated documentary, The Way We Get By a heartfelt story about three senior citizens finding purpose in their life. The film had its world premiere at the South by Southwest Film Festival, (SXSW), won 18 festival awards around the world, played theatrically in over 60 cities across the U.S and aired on the critically acclaimed, independent television series P.O.V. on PBS as a primetime special. That year, she was selected as one of Independent Magazine’s “Filmmakers to Watch.”

In 2012, Pullapilly was one of the creators and executive producers on the national U.S. PBS program Lifecasters, which had its world premiere at the Film Society of Lincoln Center. Pullapilly has received a number of grants for her projects including from ITVS, CPB, POV, MacArthur Foundation, and Fledgling Fund.