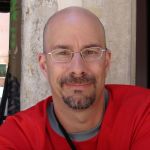 Gregory Levine is Associate Professor of the art and architecture of Japan and Buddhist visual cultures in the Department of History of Art and a member of the Groups in Buddhist Studies and Asian Studies at the University of California, Berkeley. His first book, Daitokuji: The Visual Cultures of a Zen Monastery (2005), was a finalist in 2007 for the Charles Rufus Morey Prize (“for an especially distinguished book in art history”) awarded by the College Art Association. He was co-curator with Yukio Lippit of the exhibition Awakenings: Zen Figure Paintings from Medieval Japan (Japan Society, 2007) and catalogue co-editor and contributor. He is also co-editor with Lippit of the forthcoming proceedings volume, Re-presenting Emptiness: Essays on Zen and Art (Tang Center and Princeton UP), and co-editor of the festschrift for Professor Yoshiaki Shimizu (Tang Center and Princeton UP). “Common Ground,” an essay in the newsletter of the Townsend Center for the Humanities (UC Berkeley), co-authored with Peter Glazer, reflected upon political activism at Berkeley in support of public higher education. Publications appearing in 2010-2011 include an essay on André Malraux and Afghan Buddhist sculpture, for the Blackwell Companion to Asian Art, and the essay, “The Faltering Brush: Looking at a Zen Buddhist Death Verse Calligraphy.” He is a member of the Editorial Advisory board of the Journal of Art Historiography (Richard Woodfield, editor).

During his Guggenheim period, he will be working on a book—Buddhaheads: Sculptural Fragments in Modern-Contemporary Imaginations—that proposes the first study of fragments of Buddhist sculpture in relation to multiple ways and moments of seeing, appropriation, and interpretation. Situated at the intersections of art history, material culture studies, anthropology, Buddhist studies, and postcolonial studies, the book presents case studies of the iconic incomplete, including the miraculous auto-decapitating Fanhe Buddha of Tang Dynasty China; a 4th-century Afghan Buddha head exhibited by André Malraux in Paris in 1931; and the 14th-century Buddha head lodged today in a Bodhi Tree in Thailand. Art history’s normative practices around “Buddhist art” (iconography, form, and doctrine) prove insufficient for such images. They bring to mind iconoclasm as well as the cult of relics. They demand histories of looting, museumification, and Orientalist scholarship. The material traces of fracture, be it degraded stone or chisel marks, merit attention alongside traces of the imagination, including the Romantic cult of the ruin, and circuits of collecting and commodification. The mass-produced Buddha head for home décor and the Buddha head appearing in film and other mass media, meanwhile, reveal the transformation of fragment into trope and new desires for wholeness and presence. Buddha Heads seeks out such objects and dispensations in order to reflect upon the discipline of art history and enrich study of visual culture and religion.