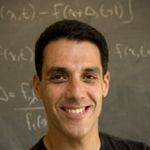 Hany Farid received his undergraduate degree in computer science and applied mathematics from the University of Rochester in 1989.  He received his Ph.D. in computer science from the University of Pennsylvania in 1997.  Following a two-year postdoctoral position in Brain and Cognitive Sciences at MIT, he joined the Dartmouth faculty in 1999 and is currently a MacLaughlin Distinguished Professor of Computer Science.  He is also affiliated with the Institute for Security Technology Studies at Dartmouth.  Mr. Farid is the recipient of an NSF CAREER award and a Sloan Fellowship.

From working with federal law enforcement agencies on digital forensics, to the digital reconstruction of Ancient Egyptian tombs, Hany Farid works and plays with digital media at the crossroads of computer science, engineering, mathematics, optics, and psychology.