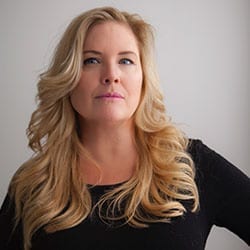 Heather Ann Thompson is a professor of History and African American Studies at the University of Michigan. She writes on the American criminal justice system for both scholarly and popular publications, and sits on the boards of numerous policy and advocacy organizations working to address injustice and inequality. Thompson’s 2016 book, Blood in the Water: The Attica Prison Uprising of 1971 and its Legacy, won myriad awards including both the 2017 Pulitzer Prize and Bancroft Prize, and her first book, Whose Detroit: Politics, Labor, and Race in a Modern American City (2001), was republished in 2017 on the 50th anniversary of the Detroit uprising of 1967. Thompson now seeks to recover the long and still-shrouded history of a 1985 police bombing of a Philadelphia rowhouse that resulted in deaths of eleven people, including five children, and the utter decimation of two full city blocks of this formerly vibrant Black neighborhood. What really happened leading up to and during the “MOVE bombing of 1985,” and why no real justice followed such death and loss, matters, Thompson argues. It is a history that must be reckoned with fully if this nation ever, in fact, hopes to become truly equal and just.