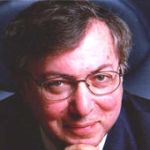 Howard Alper is currently Visiting Executive at the International Development Research Center (IDRC), and Distinguished University Professor at the University of Ottowa.
Mr. Alper researches both organic and inorganic chemistry, with potential applications
in the pharmaceutical, petrochemical, and commodity chemical industries.  He has discovered new reactions using homogeneous, phase transfer, and heterogeneous catalysis (such as clays and dendrimers).  He has also used chiral ligands in metal-catalyzed cycloaddition and carbonylation reactions, and has succeeded in preparing valuable products in pharmacologically active form.  He has published 512 papers,
has 37 patents, and has edited several books.

Mr. Alper is the recipient of a number of prestigious awards, including the E.W.R. Steacie Fellowship from the Natural Sciences and Engineering Research Council of Canada (NSERC) in 1980, and the Killam Fellowship in 1986.  He has also been honored with the Alcan Award for Inorganic Chemistry, the Bader Award for Organic Chemistry, and the Steacie Award for Chemistry by the Canadian Society for Chemistry.  The Chemical Institute of Canada has presented Mr. Alper with the Catalysis Award, the Montreal Medal, and the CIC Medal, its highest honor.  He also received the Urgel-Archambault Prize from the Association francophone pour le savoir (ACFAS) in physical sciences and engineering.

In 2000, the Governor General of Canada presented him with the first Gerhard Herzberg Canada Gold Medal in Science and Engineering.  The following year, he was honored with the National Merit Award for contributions to the Life Sciences.   He received the Le Sueur Memorial Award of the Society of Chemical Industry in 2002, and in 2004 was made an Honorary Fellow of the Chemical Research Society of India.  In 2006, Mr. Alper was also made an Honorary Fellow of the Chemical Institute of Canada.

He has served on a number of NSERC committees (such as the Committee on Research Grants), and as the chair of numerous other boards and committees, including the Partnership Group for Science and Engineering (PAGSE), the Council of Canadian Academies, the Canadian Research Knowledge Network, and the Steacie Institute of Molecular Sciences.

Mr. Alper was appointed a titular member of the European Academy of Arts, Sciences, and Humanities in 1996.  In 1999 he was appointed as an Officer of the Order of Canada, and in 2002 received the award of Officer, National Order of Merit, by the President of the Republic of France.  Mr. Alper was named President of the Royal Society of Canada for a two-year term beginning in November 2001, and currently serves as its Foreign Secretary.  In 2004, he was elected to a three-year term as Co-Chair of the InterAmerican Network of Academies of Science (IANAS).   He was also elected Co-Chair of the InterAcademy Panel (IAP) for a three-year term in December 2006.  In 2007, he was appointed Chair of the Government of Canada’s Science, Technology and Innovation Council.

Mr. Alper is passionate about Canada, research, and chocolate.