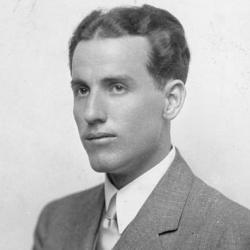 Instructor in Theory, 1929–33, University of Michigan.

Recordings: Scherzo From The South, and The Valley of the Muted Songbirds, recorded by Richard Singer, 1936; Andante for Flute and Strings, by Eastman School Little Symphony Orchestra, 1940.