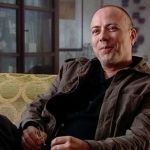 Iñigo Manglano-Ovalle is a visual and conceptual artist born in Madrid, Spain (1961). He currently lives and works in Chicago, and teaches at the University of Illinois at Chicago.

Mr. Manglano-Ovalle has exhibited at numerous institutions, including the Guggenhiem Musuem, the Museum of Modern Art, and the Whitney Museum in New York; the Ruffino Tamayo Museum in Mexico City; the Art Institute of Chicago and the Museum of Contemporary Art in Chicago; the Krefelder Kunstmuseen and the Museum für Modern Kunst – Frankfurt in Germany; the Mies van der Rohe Barcelona Pavilion and the Museo de Arte Contemporáneo de Castilla y León in Spain; as well as the Singapore Biennale, Liverpool Biennial, and the São Paulo Biennal. Among his awards are  a National Endowment for the Arts Fellowship, a Wexner Center for the Arts Media Arts Award, a Driehaus Foundation Award, and a MacArthur Foundation Fellowship.

In the past few years his work has found him involved in washing and breaking the windows of Mies Van Der Rohe buildings, building radio-telescopes to search for extraterrestrials on the Mexican border with the U.S., creating cryogenic sperm banks for archiving specimens on loan from artists and curators, monitoring heroin poppies with military night vision, as well as capturing actual clouds and icebergs.

For Documenta 12, Kassel, Germany, he fabricated the infamous (and fictive) mobile biological weapons lab as described by Secretary of State Colin Powell to the United Nations Security Council, only to then hide it in a darkened space. The truck is currently hiding inside a church at the Kusthalle Osnabrück, Germany.

His latest film, Juggernaut, is on exhibit at the Berkeley Art Museum/Pacific Film Archive. During his Guggenheim Fellowship term, Iñigo Manglano-Ovalle is working on a year-long installation and film project for MassMOCA in North Adams, Massachusetts.