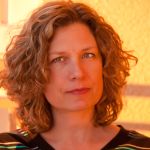 She has received numerous other awards for her work, among them the Peter I. B. Lavan Younger Poets Award from the Academy of American Poets and a Pushcart Prize; Poetry Magazine awarded her its Frederick Bock Prize in 1989 and its J. Howard and Barbara M. J. Wood Prize in 2005. In September 2008 she was invited to read from her work at the National Book Festival sponsored by the Library of Congress in concert with the National Endowment for the Arts. She has also been awarded grants and fellowships from the NEA, Yaddo, Bread Loaf, the Ohio State Arts Council, and the New Jersey State Council on the Arts. In 2010, in addition to her Guggenheim Fellowship, she was the recipient of a Lannan Foundation Residency Fellowship at Marfa, Texas. Her poems appear in The Atlantic Monthly, Best American Poetry (2006 and 2010), The Georgia Review, The Hudson Review, The Kenyon Review, The Paris Review, Ploughshares, Poetry, and Slate, and have been featured in numerous anthologies.

Rosser received a B.A. in English and French from Middlebury College in 1980 and a Ph.D. in English Literature from the University of Pennsylvania in 1991, her dissertation focusing on the work of Henry James and Samuel Beckett. After teaching in the University of Michigan, the University of Houston, and Vermont College M.F.A. programs, she is now Associate Professor of English at Ohio University in Athens, where she has been teaching for fourteen years, and where since 2008 she has also served as the editor of New Ohio Review.