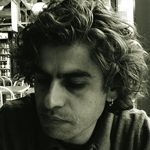 Jamal J. Elias is Class of 1965 Endowed Term Professor and Chair of the Department of Religious Studies at the University of Pennsylvania. He holds a secondary appointment in the Department of South Asia Studies, and is a member of the Graduate Groups in Ancient History and Near Eastern Languages and Civilizations.

He is the author, coauthor, or editor of eight books and numerous articles dealing with a range of topics in Islamic history, thought, literature, and art. His most recent books are On Wings of Diesel: Trucks, Identity and Culture in Pakistan (Oxford, 2011) and Aisha’s Cushion: Religious Art, Perception and Practice in Islam (Cambridge, forthcoming in 2012); and previous writings by him have been translated into Arabic, Chinese, German, Japanese, Persian, Portugese, Turkish, and Urdu.

While a Guggenheim Fellow, he will pursue a major research project on the history of the Mevlevi Sufi order (sometimes called the "Whirling Dervishes") from its inception in the 13th century until the advent of the modern era.