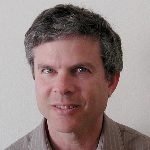 James Rauch is an economist who has done research mainly in the areas of international trade, economic growth and development, and urban economics, and most recently in the area of entrepreneurship.  A common theme of much of his work is how non-market interactions affect market outcomes.  These non-market interactions may involve interpersonal or interfirm relationships, often addressed using networks as a conceptual framework.

In addition to many articles in leading professional journals, Rauch is author of the textbook Leading Issues in Economic Development and the edited volumes Networks and Markets and The Missing Links:  Formation and Decay of Economic Networks.  He is especially known for his development of the widely used “Rauch classification” of internationally traded goods and for his research at the intersection of economics and sociology.