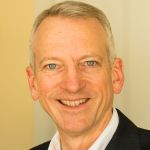 James Johnson is a cultural historian at Boston University who writes and teaches about modern and early modern Europe.  His research interests include eighteenth- and nineteenth-century France, the history of Venice, and music history.  His work aims to capture the inner experience of people in the past.

Johnson’s book Listening in Paris: A Cultural History (1995) answers why audiences grew silent over the eighteenth and nineteenth centuries by exploring the aesthetic and social elements of musical experience.  Drawing from a variety of musical accounts, as well as evolving standards of public behavior, Listening in Paris describes why tastes changed and how such shifts were felt both individually and collectively.  It is the recipient of the American Historical Association’s Herbert Baxter Adams Award and the American Philosophical Society’s Jacques Barzun Prize in Cultural History.

His book Venice Incognito: Masks in the Serene Republic (2011) looks to how those living in a rigid social hierarchy thought about their identity by understanding why they concealed it.  It goes beyond common views of carnival to describe why eighteenth-century Venetians wore masks in public for six months of the year–at formal state ceremonies, to greet foreign dignitaries, and in cafés, churches, and theaters.  Venice Incognito is the recipient of the American Historical Association’s George Mosse Award for Intellectual and Cultural History and the Oscar Kenshur Book Prize, given by Indiana University’s Center for Eighteenth-Century Studies.

Johnson has taught a range of courses, including ancient and modern classics in Boston University’s Core Curriculum, European intellectual and cultural history, the history of France, the history of Boston, and music history.  In 1996, he received the university’s Metcalf Prize for Excellence in Teaching.  An affiliated member of the university’s Department of Musicology and Ethnomusicology, Johnson is an active pianist who regularly presents lecture-recitals.  Recent programs have included works by Fauré, Brahms, and Ravel.  He has given pre-concert talks in Boston, New York City, and London.

Johnson received his B.A. in 1982 from the University of Oklahoma and his Ph.D. in 1988 from the University of Chicago.  At Boston University, Johnson has served as Distinguished Teaching Professor in the Humanities, a chair endowed by the National Endowment for the Humanities.  For six years he was Assistant Dean of the College of Arts and Sciences and Director of the university’s Core Curriculum.  His research has been supported by the Fulbright Foundation, the American Council of Learned Societies, the Gladys Delmas Foundation, the Camargo Foundation, and the Bogliasco Foundation.  His articles have appeared in Urban History, French Historical Studies, Eighteenth-Century Studies, and the Journal of Modern History.  He has written book reviews for the Times Literary Supplement, Boston Globe, and numerous scholarly journals.

During his Guggenheim Fellowship term, Johnson plans to complete Means of Concealment: French Identity and the Self.  Like its predecessor Venice Incognito, this book looks at the meaning of masks, physical and figurative.  It treats themes from the early seventeenth century to the first decades of the twentieth.   Its subjects include the codified dissembling of courtly politesse and those who extolled, anatomized, or denounced it; the adopted clothes and manners of young men from the provinces seeking their fortune in Paris; and the pervasive figure of the mask in fin-de-siècle novels, plays, and paintings as an emblem of hypocrisy, delusion, or madness.  Together these two books will trace evolving ideas of the self and the rise of modern individualism through modes of concealment and its penetration.