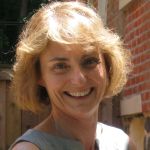 Janis Tomlinson is currently Director of University Museums at the University of Delaware where she oversees art collections and galleries, as well a mineralogical collection and museum. She was previously Director of Exhibitions and Cultural Programs at the National Academy of Sciences (1999-2003) and taught as Assistant and Associate Professor of Art History at Columbia University (1987-95).   Her publications include articles, exhibition reviews, and books on topics in Spanish painting including Francisco Goya y Lucientes (Phaidon: 1999, 1994), El Greco to Goya: Painting in Spain 1561-1828 (Abrams,1997), and Goya in the Twilight of Enlightenment (Yale, 1992). In 2002, she was the U.S. curator for the exhibition, Goya: Images of Women (Museo del Prado, 2001; National Gallery of Art, Washington, 2002), and has been a consultant and/or lecturer for exhibitions on Francisco Goya at a variety of museums, including the Museo del Prado, the Museo Nacional de Arte (Mexico City), the National Gallery (Berlin), and the Frick Collection. She has also curated exhibitions on a contemporary painting and on science and art, including The Beauty of Phenomena: Art in the Communication of Science (National Academy of Sciences, October 2002 – May 2003. Second venue: New York Hall of Science, Queens), and The Art of Neuroscience: Image and Understanding, 1512 – 2000 (National Academy of Sciences, 2001).   Janis Tomlinson has been a Fellow at the Woodrow Wilson International Center for Scholars (1995-96) and of  the American Council of Learned Societies. In 1997, she was the Sterling Clark Visiting Professor at Williams College. A graduate of McGill University, she earned her M.A. and Ph.D. in the History of Art at the University of Pennsylvania. She has served as an advisor for the Columbia Encyclopedia (Western European Painting, 1500 – 1900), and since July 2009 is field editor for Spanish art for caareviews.   Brother: Gary A. Tomlinson, Guggenheim Fellow in Music Research, 1982