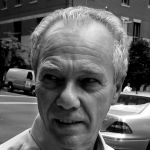 Jay Neugeboren is the author of seventeen books, including two prize-winning novels (The Stolen Jew and Before My Life Began), two prize-winning nonfiction books (Imagining Robert and Transforming Madness), and three collections of award-winning stories.

His stories and essays have appeared widely (in The Atlantic, Tikkun, GQ, Sport, The American Scholar, Newsweek, The New York Times, The New York Review of Books, Authors Guild Bulletin, among others), and have been reprinted in more than fifty anthologies, including Best American Short Stories and The O. Henry Prize Stories.

His screenplay for The Hollow Boy, which premiered on American Playhouse, has won many honors, including top prize at the Houston International Film Festival. He is the recipient of numerous other awards, including fellowships from the National Endowment for the Arts and the Massachusetts Council on the Arts, and is the only author to have won six consecutive Syndicated Fiction Prizes.

Open Heart: A Patient’s Story of Life-Saving Medicine and Life-Giving Friendship appeared in the autumn of 2003, an award-winning documentary film based on Imagining Robert that has been appearing nationally on PBS stations since 2004. A new novel, 1940, was published in April 2008.

Mr. Neugeboren was Professor and Writer-in-Residence for many years at the University of Massachusetts at Amherst, and has taught at other universities, including Columbia, Stanford, and Freiburg (Germany). He now lives and writes in New York City.