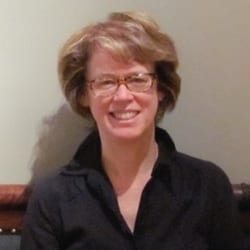 Jeanne Silverthorne (New York) is a sculptor whose process is almost invariably one of modeling in clay, making a mold and then casting in platinum silicone rubber. Her practice involves an archaeology of collapse and entropy. Since the early 1990’s, she has been excavating the conceptual and physical ruins of the studio whose outmoded infrastructure and lost artifacts, art forms, actions and people produce a contemporary vanitas. Unearthing what has been buried in the rubble, bringing the concealed to light suggests “deep storage” and many works address what is invisible or packed away. Since 2007 she has been making a functional rubber crate for every sculpture.

Solo exhibitions include the Phillips Collection, Washington, D.C., Whitney Museum of Art, Rocca Paolinea, Perugia, P.S. 1, New York, the Institute of Contemporary Art, Philadelphia, and a mid-career survey at the Wright Museum, as well as numerous solo shows at galleries in New York, Los Angeles, Paris, Verona, Seoul, and Ireland. She has been featured in a wide range of museum exhibitions at the Museum of Modern Art, New York, the San Francisco Museum of Contemporary Art, the Houston Museum, the Albright-Knox Museum, the ICA Boston, Haus der Kunst, Munich, Deste Foundation, Athens, among others.