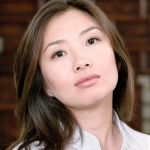 Jeannie Suk is Assistant Professor of Law at Harvard Law School and Senior Fellow of the Humanities Center at Harvard. Prior to joining the faculty in 2006, she served as a law clerk to Justice David Souter on the United States Supreme Court, and to Judge Harry Edwards on the U.S. Court of Appeals for the D.C. Circuit. She studied literature at Yale (B.A. 1995) and at Oxford (D.Phil. 1999) where she was a Marshall Scholar. Her first book, Postcolonial Paradoxes in French Caribbean Writing, was published by Oxford University Press in 2001. She is a graduate of Harvard Law School (J.D. 2002), where she studied as a Paul and Daisy Soros Fellow and was an editor of the Harvard Law Review. Her writing has focused on criminal law and family law. Her recent research also includes the law of the visual and performing arts, and fashion. Her articles have appeared in the Yale Law Journal, Stanford Law Review, Wall Street Journal, Slate.com, and elsewhere. Her new book, At Home in the Law: How the Domestic Violence Revolution is Transforming Privacy, is published by Yale University Press in 2009. The Guggenheim Fellowship will support her current project, which takes up the construction of trauma in the legal system’s treatment of a wide range of human phenomena including abortion, rape, sex abuse, domestic violence, war, and torture.