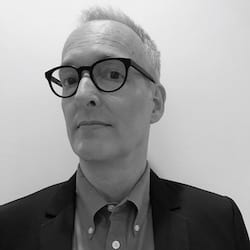 Jeffrey Sconce is an Associate Professor in the Screen Cultures program at Northwestern University.  His first book, Haunted Media: Electronic Presence from Telegraphy to Television (Duke UP, 2000), examines American culture's persistent association of new electronic media—from the invention of the telegraph to the introduction of television and computers—with paranormal or spiritual phenomena. His most recent book, The Technical Delusion: Electronics, Power, Insanity (Duke UP, 2019), considers the emergence, proliferation, and eventual dominance of technological delusions within “psychotic” ideation. His Guggenheim project continues this inquiry into the historical relationship between electronic media and various modes of “magical thinking” by focusing on various forms of “fantasy” that bind mediated publics.  Central to this project is the concept of the “paracosm,” an imaginary world typically constructed in early adolescence that serves as a rehearsal for the subsequent engagement of social worlds real and imagined.