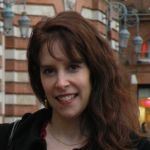 Jennifer Cole is a cultural anthropologist whose research investigates how personal change over the life course shapes, and is shaped by, broader political, economic, and cultural transformations: the unruly terrain where person and history meet.  Drawing on intensive fieldwork in Madagascar and now in France, her work addresses these issues by studying social memory, youth and generational change, intimate economies of sex and love, and more recently, female migration, all issues that are part of her broader interest in intergenerational transformation.  Social memory, youth, and migration have all been classic topics in sociology. Cole approaches them, however, with the sensibilities and methodology of a cultural anthropologist steeped in long-term fieldwork in a single society while sharing historians’ concern with watching change and continuity emerge over time.  Her first book, Forget Colonialism? Sacrifice and the Art of Memory in Madagascar (2001), offered a nuanced account of how one small community grappled with the legacy of intrusive colonial violence while formulating a new approach to the study of historical memory.  A second book, Sex and Salvation:  Imagining the Future in Madagascar (2010), contributes to the contemporary study of youth, globalization, and generational change.  She has also published several edited volumes, two of which focus on youth, intergenerational relations, and temporality (Generations and Globalization, 2007 and Figuring the Future, 2008, both edited with Deborah Durham). A third edited volume examines the issue of love in Africa (Love in Africa, edited with Lynn Thomas).   During her tenure as a Guggenheim Fellow, Cole will be working on a book tentatively entitled No Longer the Bachelor’s Ball:  Malagasy Marriage Migrants and the Making of a Hybrid Culture in France.  Based on fieldwork in France and her prior work in Madagascar, the book investigates the social, economic, political, and cultural processes that prompt women from Madagascar and men from rural France to seek one another as marriage partners and the complex cultural transformations that result from the formation of these binational and biracial families. Cole is a professor in the Department of Comparative Human Development at the University of Chicago and the Chair of the Committee on African Studies.