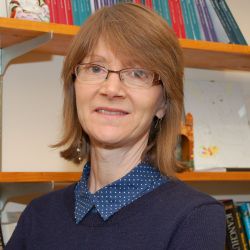 A Canadian by birth, Jennifer Reid has spent most of her academic career in the United States. She holds a Ph.D. from University of Ottawa (Canada) where she studied under the church historian Robert Choquette. She also trained as an Historian of Religions under Charles H. Long, and has worked throughout her career in the hermeneutical lineage of the Chicago school of the History of Religions founded in the legacy of Joachim Wach, Long, and Mircea Eliade. Reid teaches at the University of Maine Farmington. Her research focuses on transcultural religion at the intersection of settler and Indigenous cultures, globalization and religion, and methodology in the study of religion. Her books include: Religion, Globalization, and Postcolonialism (Bloomsbury, 2015), In Search of Kluskap: A Journey into Mi’kmaw Myth (Penn State, 2013), Louis Riel and the Creation of Modern Canada (University of Manitoba Press, 2012 and University of New Mexico Press, 2008), Religion, Writing, and Colonial Resistance (Davies Group, 2011), Worse Than Beasts, an Anatomy of Melancholy and the Literature of Travel in 17th and 18th Century England (Davies Group, 2005), and Myth, Symbol, and Colonial Encounter: British and Mi’kmaq in Acadia, 1700-1867 (University of Ottawa Press, 1995).