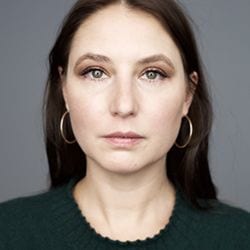 Jessica Eaton’s photographs take the medium of photography itself as their central subject, investigating the components of the photographic process—light, color, time, and the capacities of lenses, shutters, film stock, filters, emulsions, etc.—as tools for modelling and challenging human perception. Using inventive and technically exacting analog methods, Eaton produces alternate visions of reality, capturing images that the naked eye could never perceive. In dialog with the history of modernist abstraction and scientific photography as well as the contemporary prevalence of digital images and effects (which Eaton mimics through in-camera techniques), her work explores the limits of vision as well as its speculative frontiers.

Eaton’s work has been widely exhibited internationally, including recent solo exhibitions at the MOCA Cleveland/Transformer Station, OH, and Oakville Galleries, ON (both 2015), as well as at The Photographers Gallery/The Hospital Club, London (2014). Eaton’s work was also included in the Canadian Biennial at the National Gallery of Canada, Ottawa (2017), Under Construction: New Positions in American Photography at Foam Fotografiemuseum Amsterdam (2014), and the Quebec Triennial, Montreal (2011). Her work is held in many significant museum collections, including the National Gallery of Canada, Musée d’art Contemporain de Montréal, and The Art Gallery of Ontario. She was a recipient of the Hyères Photography Jury Grand Prize in 2012, the Talents 2011 award from Foam International Photography Magazine and was longlisted for the Sobey Art Award in 2016 and the Aimia | AGO Photography Prize in 2013.

Jessica Eaton’s work has been supported by grants from the Canada Council for the Arts. She was born in Regina, Saskatchewan, and studied at Emily Carr University of Art and Design, Vancouver. She lives in Montreal.