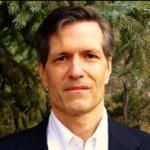 Mr. Glusman received his B.A. from Columbia College and an M.A. from Columbia University’s Graduate School of Arts and Sciences. He has taught at Columbia University and the New School for Social Research, and has been a guest lecturer at New York University, the University of Houston, and McNeese University. His essays, articles, opinion pieces, and reviews have appeared in the San Francisco Chronicle, Economist, Washington Journalism Review, Washington Post Book World, Rolling Stone, Dissent, Paris Review, Virginia Quarterly Review, New Leader, and Publishers Weekly.

Mr. Glusman’s first book, Conduct Under Fire: Four American Doctors and their Fight for Life as Prisoners of the Japanese, 1941-1945, was based on his father’s experiences as a Navy doctor—and POW—in the Philippines and Japan. Published in 2005 by Viking and in 2006 by Penguin, it was named by the Chicago Tribune as one of the best books of the year and was a New York Times Editors' Choice. In 2007 it was co-winner of the Colby Award for making “a significant contribution to the public’s understanding of intelligence operations, military history, or international affairs.”

“Death at Sea: The Tragedy of the Arisan Maru,” his Guggenheim project, will investigate the greatest loss of American life in a 20th-century maritime disaster. The Arisan Maru was an unmarked Japanese merchant vessel transporting prisoners of war from the Philippines to Japan in October 1944, when it was torpedoed and sunk by U.S. submariners just prior to the American invasion of Leyte, killing 1,792 Allied POWs. There were only eight survivors.