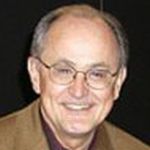 John Gerard Ruggie is the Kirkpatrick Professor of International Affairs and Director of the Mossavar-Rahmani Center for Business and Government, at the Kennedy School of Government; and an Affiliated Professor in International Legal Studies at Harvard Law School.  Trained as a political scientist, Mr. Ruggie has made significant intellectual contributions to the study of international relations, focusing on the impact of economic and other forms of globalization on global rule making.  A Fellow of the American Academy of Arts & Sciences, he has received the International Studies Association's Distinguished Scholar award, and the American Political Science Association's Hubert H. Humphrey award for "outstanding public service by a political scientist."  A recent survey published in Foreign Policy magazine identified him as one of the twenty-five most influential international relations scholars in the United States and Canada.

In 2005, responding to a request by the UN Commission on Human Rights (now Human Rights Council), Kofi Annan appointed Ruggie as the Secretary-General's Special Representaitve for Business and Human Rights, a post he continues to hold in the new UN administration of Ban Ki-Moon.  In that capacity, his job is to propose measures to strengthen the human rights performance of the business sector around the world.