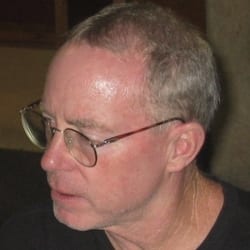 Heil’s current project, Appearance in Reality, addresses the venerable problem of the relation appearance bears to reality – the problem of reconciling what Wilfrid Sellars’ called the ‘manifest’ and ‘scientific’ images. The manifest image includes everyday ways of thinking about ourselves and the universe, supplemented by the special sciences. The scientific image proceeds from the ‘hard sciences’, most notably fundamental physics. The special sciences extend and refine everyday experience, while physics – as exemplified by quantum mechanics and general relativity – advances a picture apparently at odds with the picture afforded by the manifest image. The problem of reconciling these pictures is, in one form or another, a mainstay of virtually every philosophical tradition. (For more information, click here).