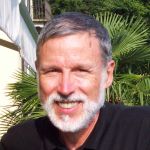 John N. King received his Ph.D. degree in English language and literature from the University of Chicago. He was a Distinguished University Professor, and as Humanities Distinguished Professor of English and of Religious Studies at the Ohio State University. His expertise extended to early modern British literature and culture, Reformation literary and cultural history, the history of the book, manuscript studies, and iconography. His books include English Reformation Literature: The Tudor Origins of the Protestant Tradition (Princeton, 1982); Tudor Royal Iconography: Literature and Art in an Age of Religious Crisis (Princeton, 1989); Spenser's Poetry and the Reformation Tradition (Princeton, 1990); and Milton and Religious Controversy: Satire and Polemic in Paradise Lost (Cambridge, 2000); Voices of the English Reformation: A Sourcebook (Philadelphia, 2004); and Foxe’s Book of Martyrs and Early Modern English Print Culture (Cambridge, 2006). He served as Editor of Reformation, Co-editor of Literature and History, and Consultant Editor of e-Colloquia. He was the recipient of a residency at the Rockefeller Foundation Study Center at Bellagio, Italy, and fellowships from the American Council of Learned Societies, Folger Shakespeare Library, Henry E. Huntington Library, National Endowment for the Humanities, and the Lilly Endowment in conjunction with the National Humanities Center. The title of his 2009-10 Guggenheim Fellowship project was “The Reformation of the Book, 1450-1650.” The profile photograph was taken at Villa Serbelloni, where John N. King completed the writing of Foxe’s Book of Martyrs and Early Modern Print Culture (Cambridge: Cambridge University Press, 2006) during a residency in autumn 2004 at the Rockefeller Foundation Bellagio Center, which overlooks Lake Como in Italy.   Obituary