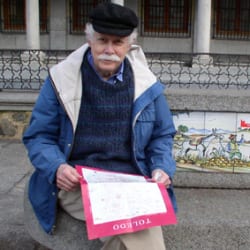 Jonathan L. Rosner is a Professor of Physics and member of the Enrico Fermi Institute at the University of Chicago. His work has concentrated in recent years on precision tests of electroweak theory and the physics of charm and bottom quarks. He has published over 380 papers on elementary particle theory since his Ph.D. from Princeton in 1965.

Mr. Rosner's Guggenheim Fellowship permitted him to join the CLEO Collaboration at Cornell, spending a sabbatical year there studying electron-positron collisions. He has been a CLEO member since that time, contributing to over 150 publications of the collaboration and initiating several analyses which resulted in published articles.

Mr. Rosner was born in New York City in 1941, grew up in Yonkers, New York, where he attended Roosevelt High School, and graduated from Swarthmore College in 1962. His wife, Joy, whom he married in 1965, is a handweaver. They have two children: Hannah (b. 1969) and Benjamin (b. 1979). Before coming to the University of Chicago in 1982 he was a Research Assistant Professor at the University of Washington (1965-1967), a Visiting Lecturer at Tel Aviv University (1967-1969), and a member of the faculty at the University of Minnesota (1969-1982). His honors include an Alfred P. Sloan Foundation Fellowhip, Fellow of the American Physical Society, a Graduate Teaching Award from the University of Chicago (based in part on his encouragement of experimental final projects in theoretical courses), and a Distinguished Visiting Lectureship at the Technion. He has held an amateur radio license since 1953.