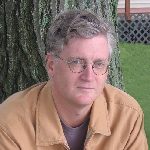 Jonathan Dee is the author of five novels, most recently The Privileges, which was a finalist for the 2011 Pulitzer Prize. His new novel, A Thousand Pardons, will be published by Random House in February 2013. He is a Contributing Writer for The New York Times Magazine, a frequent reviewer for Harper's, and a former Senior Editor of The Paris Review. He teaches in the graduate writing programs at Columbia University, The New School, and Queens University in Charlotte, North Carolina. He lives in New York City with his wife and daughter.