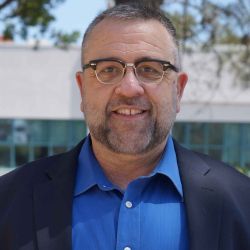 Throughout his career José Cabezón has been interested in some of the foundational problems in the study of religion—the politics of identity, the nature of theology, and the workings of comparison. He has also written on a number of themes in the history of religion, such as scholasticism, language, and dreams. His research on classical Indian and Tibetan Buddhist literature—rituals, historiography, hagiography, and doctrinal polemics—has been published in more than a dozen books, including Buddhism and Language (1994), Freedom from Extremes (2007), The Buddha's Doctrine and Nine Vehicles (2013), and in two edited volumes Tibetan Literature (1995, with Roger R. Jackson), and Tibetan Ritual (2010). Cabezón also has longstanding interests in gender and sexuality and has just completed a lengthy study of sexuality in classical South Asian Buddhism.

José Cabezón's next project, and the one he will pursue as a Guggenheim Fellow, focuses on Sera, one of the largest and most important monasteries in the Tibetan world. Cabezón lived and studied at Sera (the diaspora Sera in Karnataka, India) from 1980 until 1985, and has been collecting materials for this project—images, texts, cartographic materials, and oral interviews—for more than three decades. Some of this research has been published on his Sera Project website, hosted by the Tibetan and Himalayan Library. The new, book-length study of Sera on which he is about to embark will draw on draw on this earlier research, but will also contain a wholly new narrative history of the monastery from its founding in 1419 until the present day.

Cabezón has been the recipient of fellowships from the Fulbright Foundation, the American Institute of Indian Studies, the Rockefeller Foundation, the National Endowment for the Humanities, the Alexander von Humboldt Stiftung, and the American Council of Learned Societies. Since 2001 he has taught in the Religious Studies Department at the University of California Santa Barbara, where he is the XIVth Dalai Lama Professor of Tibetan Buddhism and Cultural Studies.