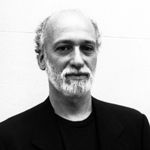 Joshua Brown is the executive director of the American Social History Project/Center for Media and Learning and professor of history at the Graduate Center of the City University of New York. He received his B.A. from the City College of New York and Ph.D. from Columbia University. He is author of Beyond the Lines: The Pictorial Press, Everyday Life, and the Crisis of Gilded Age America (2002), co-author (with Eric Foner) of Forever Free: The Story of Emancipation and Reconstruction (2005), and co-editor of History from South Africa: Alternative Visions and Practices (1991), and has written numerous essays and reviews on the history of U.S. visual culture. He is the visual editor of the American Social History Project’s noted social history textbook Who Built America? Working People and the Nation’s History (1989, 1992, 2000, 2008), and also co-authored and directed the accompanying CD-ROMs and documentary series. He has served as executive producer on many award-winning digital and Web projects, including Liberty, Equality, and Fraternity: Exploring the French Revolution, History Matters: The U.S. History Survey on the Web, The Lost Museum: Exploring Antebellum Life and Culture, The September 11 Digital Archive, and Picturing U.S. History: An Online Resource for Teaching with Visual Evidence. He serves on the editorial boards of Common-place, Labor, and the Encyclopedia of American Studies, and is a member of the American Antiquarian Society. Brown’s cartoons, comic strips, and illustrations—including his weekly graphic commentary, Life during Wartime—appear regularly in academic and popular publications, in print and online.

With the support of a Guggenheim Fellowship, Brown is working on Studies in the Visual Culture of the American Civil War, interrelated essays that investigate how public visual culture represented people, events, places, and policies during the Civil War, and how it affected perception and opinion on both sides of the conflict, as well as internationally. The study also examines how, interacting with readers, changing circumstances, and unforeseen contingencies, the visualization of the war changed over the course of four years—and the long-term impact of that change.