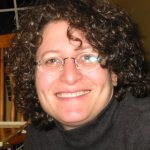 Karen J. Alter is Professor of Political Science and Law at Northwestern University, specializing in the international politics of international organizations and international law. She has Ph.D. in Political Science from M.I.T. (1996). Over time her work has become increasingly interdisciplinary, bringing together political science, historical institutional approaches, sociology, and law to understand how international institutions build political authority. Fluent in Italian, French and German, Alter is best known for her work on the European Court of Justice. More recent work is focused on the politics of international regime complexity, and law and politics in the Andean Community and the Economic Community of West African States.

Alter is author of The European Court’s Political Power (Oxford UP, 2009), Establishing the Supremacy of European Law (Oxford UP, 2001) and numerous articles and book chapters on the politics of international courts and international law in Europe and Latin America. She is co-editor of the Oxford Handbook on International Adjudication (Oxford UP, 2013).  Alter’s research has also been supported by the American Academy of Berlin, the Howard Foundation, the German Marshall Fund, the DAAD, and the Bourse Chateaubriand Scientifique. Alter is a member of the New York Council on Foreign Relations and serves on the editorial board of Law and Social Inquiry. She has been a visiting scholar at the Northwestern Law School, the Institute d’Etudes Politiques, the Deutsche Gesellschaft fur Auswartiges Politik, Harvard University’s Center for European Studies, Harvard Law School, Seikei University, the Sonderforschungsbereich of Universitat Bremen, and the American Bar Foundation.

Alter will spend her Guggenheim Fellowship completing her book titled The New Terrain of International Law: International Courts in International Politics. This book explains the how the extraordinary proliferation of international courts is transforming international relations and domestic politics. In Spring 2012, Alter will be a fellow at the American Academy in Berlin.