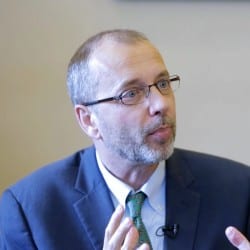 Kevin Davies is an author, journal editor, and publisher who specializes in genomics, personalized medicine and the Human Genome Project.

Kevin is the author (or co-author) of three popular science books exploring the medical and societal impact of advances in DNA sequencing and analysis. Kevin’s debut book (co-authored with Michael White) -- Breakthrough: The Race to Find the Breast Cancer Gene -- examined the fierce rivalry to isolate the BRCA1 gene. Cracking the Genome: The Race to Unlock Human DNA (Free Press, 2001) was the first published account of the Human Genome Project saga and was translated into 16 different languages. The $1,000 Genome: The Revolution in DNA Sequencing and the New Era of Personalized Medicine (Free Press, 2010) considered the advances in DNA sequencing and consumer genetics. Coming soon: Kevin is the co-author with Nobel laureate Jim Watson of an updated edition of DNA: The Story of the Genetics Revolution (Knopf, August 2017).

A native of London, Kevin studied biochemistry at the University of Oxford and took a Ph.D. in molecular genetics from St. Mary’s Hospital Medical School (University of London), where he worked on mapping the cystic fibrosis gene. After postdoctoral fellowships at MIT and Harvard Medical School, Kevin hung up his lab coat for good and moved into science publishing, joining the editorial staff of Nature. Within two years, he was named the founding editor of Nature Genetics, the world’s leading genetics research journal, which debuted in 1992, establishing the template for a string of successful spin-off journals.

Kevin has held several prominent editorial and publishing positions since then, including Editor-in-Chief of Cell Press, the flagship journal division of Elsevier, and launch editor for Bio-IT World, a sister magazine to Macworld covering big data in the life sciences. Kevin has also worked at the Howard Hughes Medical Institute and the American Chemical Society, the world’s largest scientific society, where he was publisher of the Society’s weekly magazine Chemical & Engineering News.

Kevin is a sought-after public speaker on genomic medicine, where he strives to inform and entertain. He was a guest commentator at an NIH symposium to mark the tenth anniversary of the Human Genome Project, and has appeared on several TV shows, including BBC’s Hard Talk and Canada’s Conversations that Matter. One of his career highlights was serving as genetics consultant on the 2013 film Decoding Annie Parker, starring Helen Hunt and Samantha Morton. He is eventually listed in the credits, beneath Aaron Paul’s guitar coach.