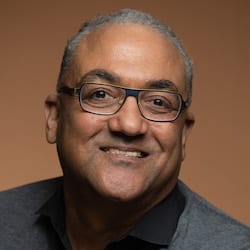 Kevin Mumford studies race, racism, and sexuality, and teaches courses in African American history and U.S. politics. His research probes the relationship between social stigma and resistance to marginalization and inequality. His first book, Interzones: Black/White Vice Districts in Chicago and New York in the Early Twentieth Century, (1997) analyzed the Progressive-era backlash against the Great Migration, prostitution, and dance that unintentionally spawned a thriving underground of interracial intimacy. Newark: A History of Race, Rights, and Riots in America (2007) critically examined the urban crisis in a major postwar city that culminated not only in violent riots but also political redistribution. Not Straight, Not White: Black Gay Men from the March on Washington to the AIDS Crisis (2016) presented biographical portraits of both famous and obscure black gay activists mobilizing against racial and sexual injustice on both sides of the color line. He is working on The Strange Career of Hate: Bias Crime and the Politics of Diversity. A primer in policy and politics, it investigates the complicated story of social harm and anti-hate activism that impacted blacks, Asian Americans, gays, and others. This fall he takes up a fellowship at the Center for the Advanced Study in the Behavioral Sciences at Stanford.