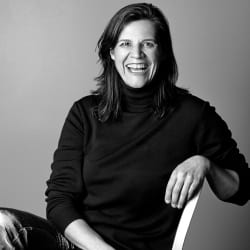 Kirsten Johnson is a filmmaker and cinematographer interested in addressing the changing dimensions and urgent ethical challenges of documentary camerawork. Her most recent film Cameraperson (2016), which premiered at Sundance Film Festival in 2016, was short-listed for an Academy Award, won the National Board of Review “Freedom of Expression” prize, and was awarded three 2017 Cinema Eye Honors, including ‘Outstanding Nonfiction Feature’. Cameraperson was named one of the ‘Top Ten Films of 2016’ by The Washington Post and The New York Times, and was the Grand Jury Prize Winner of 9 international festivals. Her short film, The Above which premiered at the 2015 New York Film Festival, was nominated for the IDA Best Short of 2016. Kirsten’s camerawork has appeared in the Academy Award-winning Citizenfour, Academy Award-nominated The Invisible War, Tribeca Documentary winner, Pray The Devil Back To Hell, Cannes winner Farenheit 9/11, and Emmy Award-winning Ladies First. She shared the Sundance 2010 Cinematography Award with Laura Poitras for their work on The Oath. She and Katy Chevigny co-directed Berlin Premiere Deadline, which won the Thurgood Marshall Award. She teaches a course in “Visual Thinking” at the NYU Graduate Journalism Department and has worked with young camerapeople throughout the MENA Region in collaboration with the Arab Art and Culture Fund.