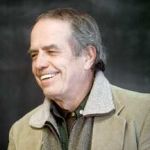 Born in North Dakota in 1941, a resident of Sykeston until his family moved to Illinois when he was eight, Larry Woiwode began writing in high school, printing a poem weekly in the Manito Express, and some early poems were published as part of the National Anthology of High School Poetry. He received his education at the University of Illinois, Urbana, where he twice received the Leah Trelease Memorial Short Story Award; he also received its university-wide Poetry Prize, and the Thatcher Howland Guild Memorial Award for his verse play, Midnight, later produced by the University Workshop.

In New York City, he began to publish poems and stories in The New Yorker, and this relationship has continued into the present, with two dozen stories, besides poems and nonfiction appearing in the magazine. He served as Writer in Residence at the University of Wisconsin, Madison, 1973-74; and from 1983 to 1988 was tenured full professor at the State University of New York, Binghamton, and director of its Writing Program. He has conducted writing seminars and workshops across the United States and abroad, including the C.S. Lewis Summer Seminars at Cambridge, and U.S. State Department tours of the provinces of Canada and of Lithuania and the Scandinavias.

In 1978 he returned to North Dakota and with his family lived on and operated a farm/ ranch near Mott, and continued to add to his publications. His novels include What I’m Going To Do, I Think, 1969; Beyond The Bedroom Wall, 1975; Poppa John, 1981; Born Brothers, 1988; and Indian Affairs, 1992. In 2000 he published the first volume of a projected trilogy of memoirs, What I Think I Did: A Season of Survival in Two Acts, set in the worst winter in recorded North Dakota history, 1996-97; and in 2008, the second volume, A Step from Death.

His collections of stories are The Neumiller Stories, 1989, and Silent Passengers, 1993; his stories have been included in four volumes of The Best American Short Stories, and in 1995 he received from the American Academy of Arts and Letters the Medal of Merit, awarded once every six years, “for distinction in the art of the short story.” He has also published a biblical commentary, Acts, 1993; poetry: Poetry North: Five Poets of North Dakota, 1970, and Even Tide, 1977; a biography, Aristocrat of the West: The Story of Harold Schafer, 2000; and a collection of essays and a children’s book are scheduled for 2011.

His fiction has appeared in Antaeus, Antioch Review, Atlantic, GQ, Harpers, The New Yorker, Paris Review, Partisan Review, and other publications; his poetry in Atlantic, Harpers, The New Yorker, Mademoiselle, Poetry North, Tar River Poetry, Transatlantic Review, Works in Progress, and other venues, including broadsides and anthologies. His first two novels and his memoirs are widely acclaimed and his work has been translated into a dozen languages and earned him international recognition: he is the recipient of the William Faulkner Foundation Award, 1969; a Guggenheim Fellowship, 1971-72; an Award in Literature from the National Institute and American Academy of Arts & Letters, 1980;  the John Dos Passos Prize, 1991; a Lannan Literary Fellowship, 2002, and North Dakota’s highest honor, the Theodore Roosevelt Roughrider Award, conferred by Governor Sinner, October 1992. He was also a finalist for the National Book Critics Circle Award and the National Book Award, 1975.

He was designated Poet Laureate of North Dakota by the Legislative Assembly in 1995: Senate CR No 4039, the House unanimously concurring, the office conferred by Governor Schafer in a ceremony in March 1995.