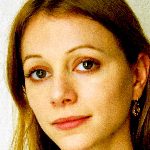 Lauren Redniss is the author of Century Girl: 100 Years in the Life of Doris Eaton Travis, Last Living Star of the Ziegfeld Follies, and Radioactive: Marie & Pierre Curie, A Tale of Love and Fallout, a finalist for the 2011 National Book Award for nonfiction. Her writing and drawing have appeared in numerous publications, including the New York Times, which nominated her work for the Pulitzer Prize. She was a fellow at the Cullman Center for Scholars & Writers at the New York Public Library in 2008-2009, became a New York Institute for the Humanities fellow in 2010, and is currently Artist-in-Residence at the American Museum of Natural History. She teaches at Parsons the New School for Design in New York City. Her book about weather, Thunder & Lightning, will be published by Random House in 2014.