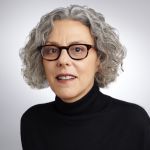 A recipient of twelve grants from the National Science Foundation for her work on law and legal institutions, Epstein has authored or co-authored over 100 articles and essays, as well as 15 books. Her most recent book, The Behavior of Federal Judges, with William M. Landes and Richard A. Posner, was published by Harvard University Press in January 2013.

Professor Epstein is a coeditor of the Journal of Law, Economics & Organization; President of the International Society for New Institutional Economics; a member of the Board of Directors of the American Academy of Political and Social Science; chair of the Law School Admission Council’s Grants Subcommittee; Principal Investigator of the National Science Foundation funded project on the U.S. Supreme Court Database; and a member of the editorial/advisory boards of American Politics Research, Annals of the American Academy of Political and Social Science, GreenBag Almanac & Reader, Judicature, Law & Policy, Oxford Handbooks Online, Politics and Governance, and Social Science Quarterly. She is a former chair of the Law and Courts Section of the American Political Science Association and a past President of the Midwest Political Science Association.