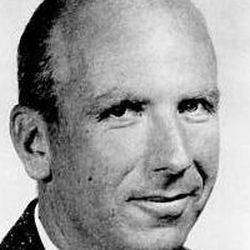 A truly gifted individual whose pioneering developments had great impact not only in his field of seismology but in areas as diverse as dating ancient pottery and applying pattern recognition to the analysis of music and language, Leon Knopoff earned his Ph.D. in physics and mathematics from the California Institute of Technology in 1949. After teaching briefly at Miami University, in 1950 he joined the faculty of UCLA as a research associate in geophysics. He remained at UCLA for the next sixty years, rising to become not only a full professor of both geophysics and physics (1961) but director (1972-86) of the Institute of Geophysics and Planetary Physics (IGPP). In addition, he was appointed research musicologist (1963) at the then one-year-old UCLA Institute of Ethnomusicology.

His research created methodologies in earthquake study that are now standard. For example, his double couple model of an earthquake, first published in 1956, remains the method used to model ground motion from earthquakes, and ten years later he and colleagues Stephan Mueller and Walter Pilant were the first to digitally process long-period seismograms. Prof. Knopoff worked around the world, from the Alps to Antarctica, and, as David D. Jackson and fellow Guggenheim Fellow Paul M. Davis (1995) noted in their tribute to him in Science (18 March 2011), he was “the first to measure Earth polar tides and vibrational modes, unaffected by Earth’s rotation and elliptical shape.” His recognition of “the application to the earthquake problem of modern developments in nonlinear science such as chaos, strange attractors, fractality, and self-organized criticality” and his and Robert Burridge’s model of interacting springs and blocks “predated by two decades such developments in physics.” The many other “firsts” he has to his credit are too numerous to list.

Prof. Knopoff won the “outstanding teaching award” in the UCLA Physics Department four times. He attracted the world’s best to his laboratory, including 39 Ph.D. students, 40 post-docs and many colleagues, from more than 17 countries.

Later in his career, his research emphasis began to shift, as he explained in a letter in 2004 to Guggenheim president Edward Hirsch: “My own scientific work has also moved far from the work that propelled me in the 70’s and 80’s. Then I made some contributions to the problems of the structure of the earth’s interior. Now I work almost wholly in the area of complex systems analysis and synthesis, with applications to pattern formation and identification especially in earthquakes, but also in written language, western classical music,” and other fields.

In addition to his tireless scientific work at UCLA, Leon Knopoff was among the most faithful of advisers for the Guggenheim Foundation’s fellowship competitions, serving as a reader in Earth Science, and later as a member of the Educational Advisory Board, from 1980 to 2004.

Leon Knopoff died, at his home in Sherman Oaks, California, on January 20, 2011.