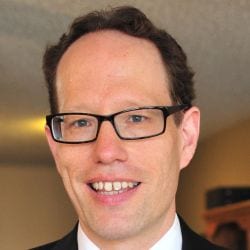 Lincoln Quillian is Professor of Sociology and Fellow at the Institute for Policy Research at Northwestern University. He is interested in social stratification, race and ethnicity, urban sociology, and statistics. Most of his research has focused on factors contributing to racial and ethnic inequality, especially discrimination, segregation, and stereotypes.

He has published articles on the effect of the relative size of racial minority groups on racial attitudes, patterns of migration that underlie segregation on the basis of race and income in American cities, correspondence between audit measures of discrimination and survey measures of prejudice, racial segregation in adolescent friendship networks, and the influence of racial stereotypes on perceptions of neighborhood crime levels.

His recent work has focused on how multiple forms of segregation combine to produce neighborhood poverty concentration and on better understanding racial discrimination in hiring through meta-analysis of field experiments. His work has appeared as publications in a number of journals, including the American Sociological Review, the American Journal of Sociology, the Proceedings of the National Academy of Sciences, and Demography.

During his year as a Guggenheim Fellow, Quillian will work on a project that analyzes field experiments of hiring discrimination against racial and ethnic minorities in countries in Europe and North America.