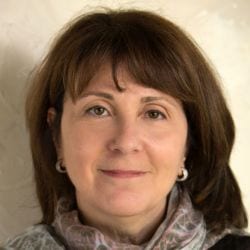 Lisa Feldman Barrett, psychological scientist and neuroscientist, has made fundamental contributions to understanding the nature of emotion. She has demonstrated, both theoretically and experimentally, that anger, sadness, fear, and other emotions are flexible biological categories, filled with diverse, situated instances, challenging conventional wisdom that emotions are innate and universal. Her research has shown that instances of emotion are flexibly constructed by the dynamic interaction of multiple brain networks, not by simple circuits; are culturally relative, not universal; and are context-sensitive, not expressed with prototypical facial expressions, autonomic nervous system changes, and behaviors. Using laboratory experiments, experience sampling, ambulatory physiological monitoring, brain scanning, and cross-cultural field studies of the Himba and Hadza in Africa, Barrett’s scientific discoveries lay the foundation for understanding how a single human brain architecture creates many kinds of human minds.

Barrett is University Distinguished Professor of Psychology at Northeastern University, where she co-directs the Interdisciplinary Affective Science Laboratory. She holds research appointments in the Department of Psychiatry and the Martinos Center for Biomedical Imaging at the Massachusetts General Hospital, and she is a lecturer in psychiatry at Harvard Medical School. She is co-founder of the Society for Affective Science and is currently President-Elect of the Association for Psychological Science. After obtaining her PhD in clinical psychology in 1992, she retrained in social psychology, psychophysiology, cognitive science, and cognitive neuroscience. Barrett is known as “inspirational,” “generous,” a “dedicated” mentor and role model who is “a brilliant intellectual,” and a “fearless” leader whose “passion is infectious and enticing.”

Barrett is an innovator in psychology and the human neurosciences, leading her colleagues to dub her “the most important affective scientist of our time” and “the deepest thinker [on the nature of emotion] since Darwin.” She has been recognized by numerous honors, including the NIH Director’s Pioneer Award and the Association for Psychological Science’s Mentor Award. She is an elected fellow of numerous honorific societies, including the American Academy of Arts and Sciences, the Royal Society of Canada, and the American Association for the Advancement of Science.

Barrett is also a national leader in science education for the public, regularly publishing popular articles and appearing on podcasts and radio appearances. Her popular science book published in 2017, How Emotions are Made: The Secret Life of the Brain, was reviewed as “brilliant and original”, “mind blowing”, and “a delight to read.” Her current writing projects include an evolutionary-developmental neuroscience approach to understanding motivation and emotion (Emotions in Human and Non-Human Animals, MIT Press, forthcoming) and a collection of essays about the brain and human nature (Seven Insights About the Brain, Houghton Mifflin Harcourt, forthcoming).